There’s A New Dog In Town 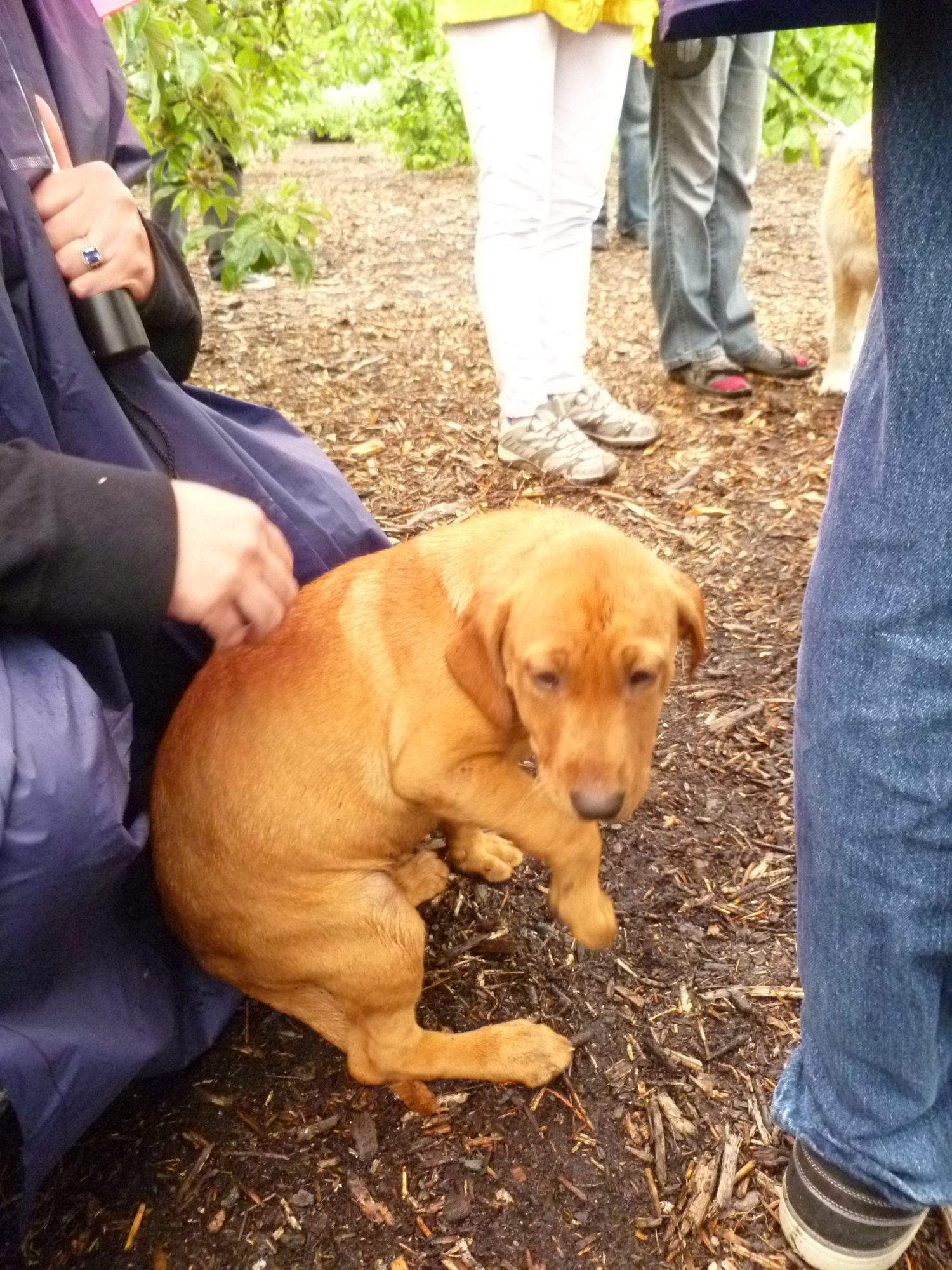 WHO LET THE DOGS OUT?

Introducing “Tova 2.0.” This puppy is about four months old, and was a favorite with the 28 folks touring Paul’s place Sunday, June 4th. It was the first tour of the 2018 growing season. She enjoyed the two bigger dogs in attendance. BTW, Paul allows for dogs on the tour IF they are on a leash AND the owner “cleans up after them.” 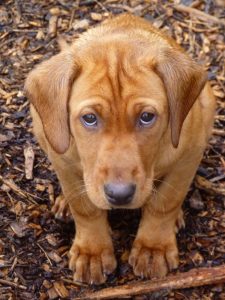 She is a unique labrador, but her wrinkles remind us of a hound. Her paws are HUGE, and she’ll eventually grow into them. She loves Paul’s plants: 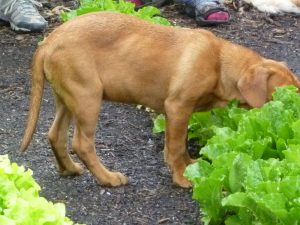 She made a show of nosing up and down a row of lettuce.

As you may know, the original Tova had to be put down last year. Her replacement was to be Tirzah, but she is too undependable as it relates to: 1) staying on the property and 2) keeping the deer away. Thus, Paul began praying for a more suitable replacement.

To save some Sunday commuting time, my wife & I spent Saturday night in Bremerton, WA. Next day, we had less than an hour to drive, but it got wetter the closer we got to Sequim. I just prayed for it to lighten up and go away. Years ago, we were to meet the farmer from Costa Rica and the weather was wet the day before. Forecast was for more rain. I specifically prayed for a window of dryness between, like, 10am and 2pm. Sure, enough…we didn’t get rained on, and the sun even came out afterwards!

This time, I was not so specific, but it did finally go away before we headed to the herb garden & chicken yard. 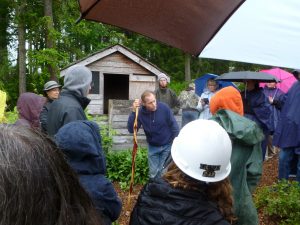 See? No more umbrella over Paul. 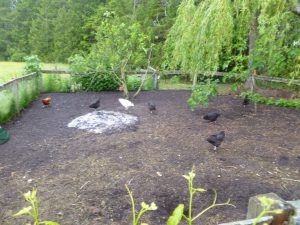 I have never seen it so…spiffy! Note that the gray mound is the remnants of a burn pile of twigs and such that had gotten dried out. The cooled ashes will get mixed in with the awesome soil by the active chicken feet.

Here is one of  Paul’s cats, named Lucy – looking down on the anxious visiting dogs. 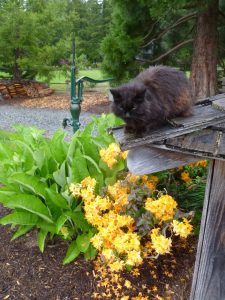 Once she figured out they were not a threat, she enjoyed a bit of taunting.

Here is one of the taunting victims: 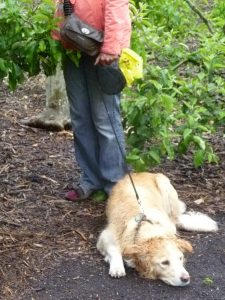 Poor doggie! While Paul was still touring, this canine needed a rest.

Here is their most dramatic cat Zevah: 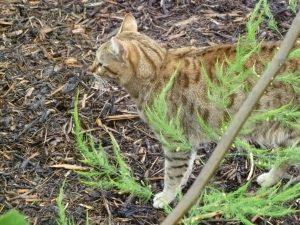 As usual, Paul was dispensing wisdom, humor, and the greatness of the Creator all afternoon. One favorite line: “You know what’s so sad about our society today? Common sense isn’t common anymore.” He spoke of watering and how key repentence is in the workings of his garden. He kept saying: “Repentence is a gift. It’s not a bad thing that we have to repent. It’s a gift that we get to repent…we get to clean the slate.” He has repented many times. Why? “Because I make mistakes all the time,” he said on the phone. 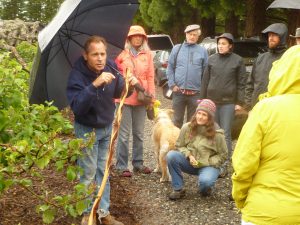 Looking forward to the following tours this summer. I’m told that the June 11th tour will be video-taped by our favorite YouTube poster. Lord willing it will be better weather the whole time.