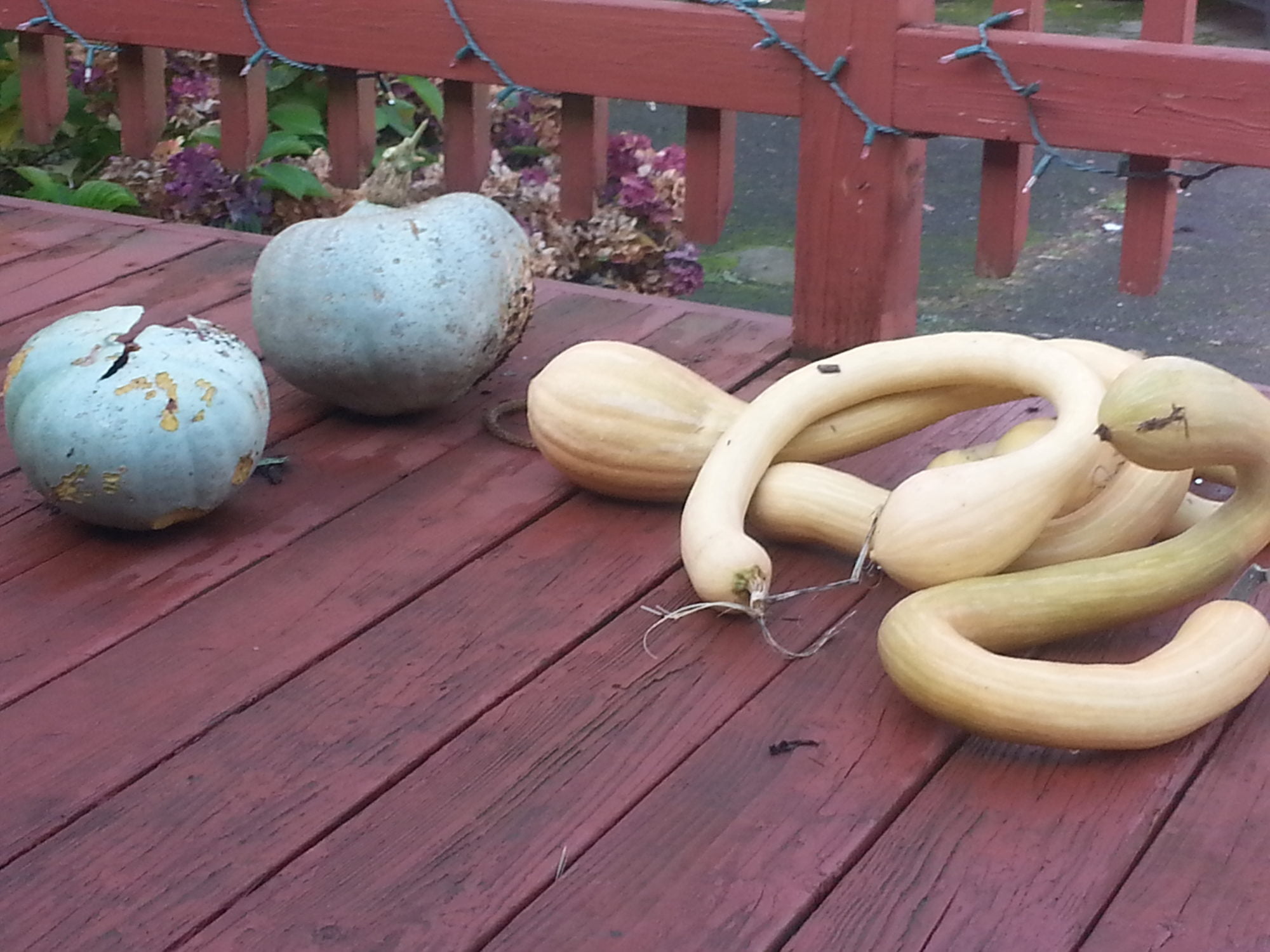 This past summer, we converted an makeshift open woodshed into a nice little flower garden in the front-side yard. Almost everybody coming to our door walked past the covered pile of wood, but the cover was starting to give way…and the whole thing had morphed into a veritable eyesore.

Among the flowers, my wife had also planted a little patch of squash. Late October she harvested the 2 gray looking ones on the L of the photo. As she picked up the smaller one, she discovered:

On the backside was a total feasting by a VMD (vermin of mass destruction). Don’t know if the culprit(s) was a renegade mole or a marauding squirrel, but I do know that it either waited till the squash grew, or came upon it at maturity. (I can’t help but think of Templeton, the insatiable rat character in Charlotte’s Web.)

So did we go after the the perpetrator? No, I have zero stories of gardener vengeance. It was enough for us to “close” the smorgasboard line for the season. Rather than rue the loss of this squash, we were able to be thankful for the larger one that remained.

Am reminded of a St. Francis of Assisi quote: “All the darkness in the world cannot extinguish the light of a single candle.”  DD