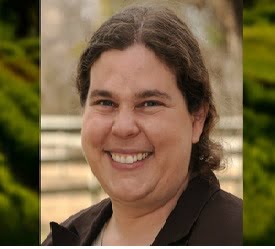 Recently, the US House of Representatives voted for HR1559 – which federally prohibits ANY state, county, or city from enacting legislation, ordinances, or rules to require food producers to disclose whether their food product contains genetically modified organisms (AKA frankenfood). This is not getting much press, as they proponents fear the regular citizen would react (as they should).

Here is a link to an interview with Judith McGeary: GMO Labeling Radio Interview

Judith (pictured above) is affiliated with the Farm & Ranch Freedom Alliance, and the Farm to Consumer Legal Defense Fund.

The state of Vermont voted to require labeling…to inform consumers of what they are consuming. Here, in the Pacific NW, Jackson County in Oregon actually passed a voter initiative in 2014 to BAN the production of GMO plants: County GMO Ban Survives June 2015 Law Suit

As I read it, the Bill is a strategic “end-around” that puts the onus of labeling on the organic or GMO-free food producers…not on the HUGE corporate food conglomerates! Excuse me?

The whole purpose of labeling is to ID the weight & contents of the food we are buying…so we can compare a 10oz jar of honey to a 12oz jar…so we know how many carbs per serving there are…or sugar…or aspartame. Imagine a baby food product that (under HR1599 logic) would have to label the bad things is doesn’t have: like mercury.

Gerber baby food: no mercury, lead, cyanide, battery acid, or uranium! (However, they don’t have to label that trace amounts of 2-4D are in there due to using GMO corn)! Does that make sense to you? Well the AG giants are trying to buy off senators like goats at a livestock auction to ensure it makes sense to them.

If you care about the federal government usurping states’ rights, then please contact your state senators to respectfully insist they vote NO on HR1599. I did with our two senators. Just took about 18 minutes.

Please do not put this off! Congress needs to remember the motto: Don’t Tread on Me!

The War of Independence was fought because American liberties were being infringed by one tyrant 3000 miles away. However, that victory becomes defeat if we let 3000 tyrants  (one mile away) do the same thing. In this case, we are dealing with 100 men & women. Whether they act as our tyrants or as our trusted senators may depend on your input to  them. Give them a spine to stand up to the corporate moguls and side with the people.